Hit enter to search or ESC to close
Compass People 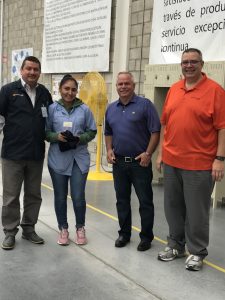 Compass Made Vice President of Sales Aaron Garwood was born to do this job. He’s a natural ambassador, problem solver, and salesperson. He’s the guy you’ll find in the middle of a crowd, telling a story that ends with a huge laugh. And he’s a guy that loves the problems that Compass Made solves for our clients.

“There is no better company out there than Compass Made,” he declares. He comes to that opinion after 30 years in the distribution side of the business where he visited every one of Compass Made’s competitors.

“I’ll tell you why,” he starts. “We use Plug One Test One. I don’t know anyone else doing that. Those other companies test at the end of a job. So, what happens if there’s something wrong? They don’t know where the problem is, and now there’s downtime and a cost associated with that. Because we test every single cable, we don’t have those problems.”

“They’re clean enough where you could eat off the floor at one of our facilities. When I used to walk the floors of those other places, they were dirty and disorganized,” he reports. “All of these are unbelievable facilities that are run with a consistency that’s impeccable.”

Compass Made’s consistency, he adds, comes from the implementation of the Keys Program. “Keys is creating a culture where people are deeply invested in the quality of products they are making,” he says. “If you give somebody the opportunity to take pride in what they’re doing, what happens? Man, you get world class customer service, and that is what separates us from everybody else.” 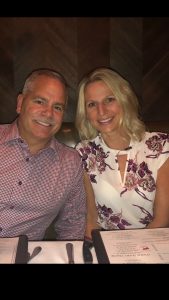 Might not be a surprise to the people that know him, but Aaron is just as passionate about his life outside of Compass Made.

“If I go into a restaurant,” he admits with a chuckle, “I’m going to network with that person and build a rapport so the next time I come in, they’ll know me by name.”

Aaron and Kari, his wife of 30 years who he calls his best friend, are proud parents of three young men. Aaron calls himself a “big-time family guy.” “People always think I’ve got too big of a heart, sometimes to a fault because I’m pretty giving,” he reflects, “but I’m just a pretty easy-going guy. I enjoy being out and about.”

Golfing, fishing, and watching his boys play lacrosse are at the top of his out of office activities. “I love being out and about.”

As with anyone who loves fishing, Aaron has a story. “I was out in Canada with some friends, and I caught a 56 lb salmon, which is my record. The guide and my buddy were worried about his fish and told me that I was on the bottom. I said, ‘Oh, yeah? A bottom that moves? Like hell.’

“My buddy pulls his fish in, and it’s 31 lbs. He’s so proud,” Aaron continues, building up to the punchline. “ About 40 minutes later the guide says, ‘Maybe you do have a fish!’ I’m like, ‘Really? I’ve been telling you idiots that the last 40 minutes.’ We pull it up, and it’s a 56-pounder. It was awesome. My buddy hates that story, so that’s what makes it the greatest fishing story in the world.”

Aaron and his family spent 45 years in Washington state, where he was born and raised. They moved to Illinois when he took the Senior Vice President job at Anixter and now live in Arizona to be close to his sons.

Although he’s never officially lived in the San Francisco Bay Area, Aaron lists the 49ers as his favorite professional team. “I’ve been a Niner fan since I was a little kid. I’m a die-hard, and my kids all became Niner fans, too. We all sit on the couch and watch the games. Man, it’s a kick in the pants. They scream at the t.v. more than I do. It’s nice. It’s good stuff.”

There’s more to say, for sure, but for Aaron, there’s even more to do. With a quick, “That good?” he’s off. 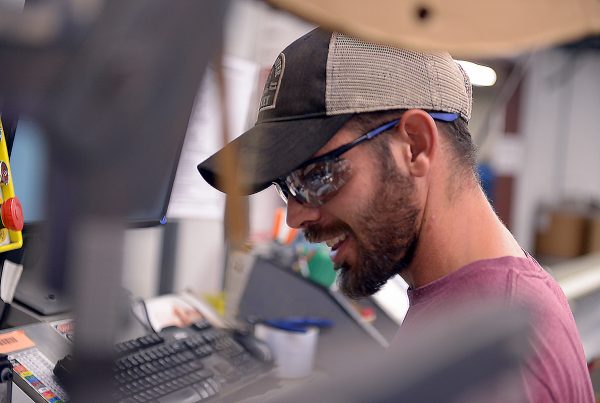 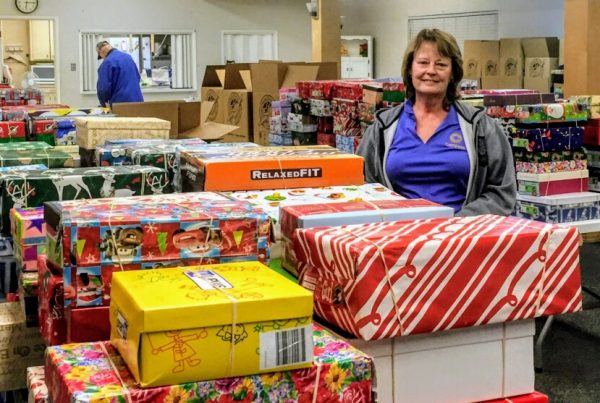 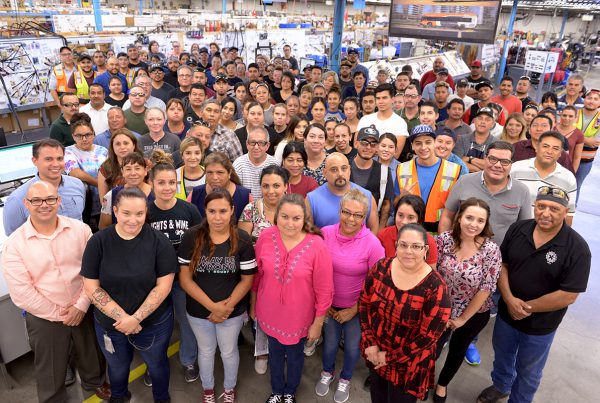 A Day in the Life: Harness Assembly

Compass Made is a leading contract manufacturer in Silicon Valley. Headquartered in Fremont, California, Compass Made provides electromechanical manufacturing and assembly, cable and harness manufacturing, design and engineering, and large-scale integration services to industry leading companies. Additional manufacturing facilities are in Deming, New Mexico and Mexico (Guadalajara and Palomas).